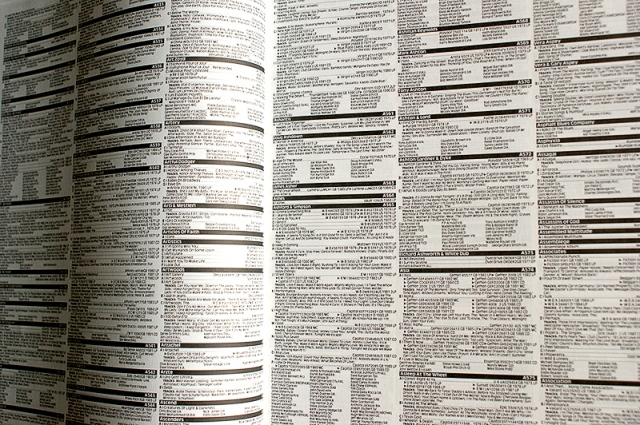 Although we are lucky enough to have a more or less dedicated library room at home every so often we have a real hard look at the shelves in an effort to weed out titles to make room for new finds.  And Rock Record 6 has just been given it’s marching orders (books are given to our local charity book shop I hasten to add).  Not an album sleeve book at all this, but a title which deserves an honorary mention here as I relied on the title a lot when I was a partner at RPM Records in the 1990s. 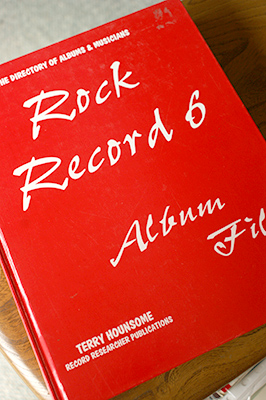 Author – or is it compiler – Terry Hounsome began assembling his detailed rock discography in 1978 and by the time of the final printed volume in 1995 it was an enormous publication, rather like a telephone directory in that it used impossibly thin paper and tiny condensed type to squeeze as much data onto a page as possible.  The format was simple, band by band discographies from circa 1950 onwards, track listing and release variations, plus the master-stroke, a carefully cross-referenced guide to all the musicians. Once you’d got to grips with this, you could track musicians’ careers across the years.
Needless to say the coming of the internet began to eat away at Rock Record’s USP.  To his credit, Terry adapted and began to move into CDRom territory fairly speedily. Indeed it was probably a huge relief for him in some ways. The downside was that the profile of his work dipped and now unless you aware of his pedigree the reference work might be quite hard to stumble across.  It’s good to report that he has a web site where the latest disc version of the work can be ordered (as well as the final print version should you have the room).  It includes over one million musician credits.  And it doesn’t run on a Mac. Bugger. Back on the shelf it goes.