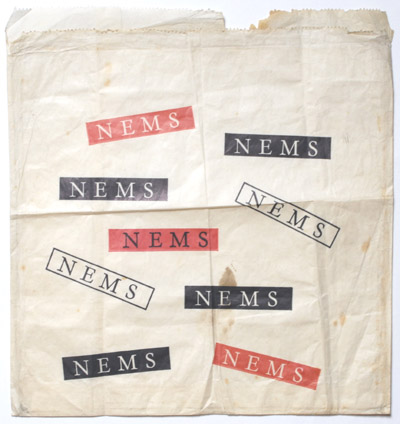 I aim to keep as much as possible on this site original, but couldn’t resist showing these two record shop bags which turned up on a dealer’s site recently. The guy was offering some pristine original Beatles albums first editions, which someone had purchased in the famous NEMS record store in Liverpool and kept in the store bags all this time. I’ve as much regard for The Beatles as anyone interested in popular music (despite our old – and much missed – evening class lecturer Bruce Thomson, who used to run down their importance every time he wanted to generate some spirited discussion!), but I’ve never wanted to collect their records. Yet if someone put one of these up for sale I’d be really keen (the dealer in this case would not separate them from the records, I asked. Well at least I assume this was the case from the deafening silence). 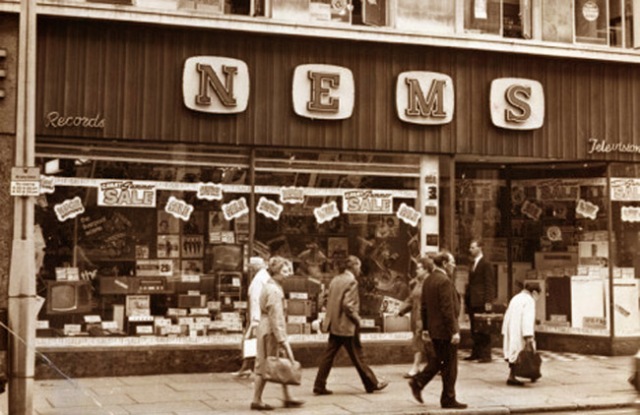 NEMS was short for North End Music Stores, and it grew out of an expanding family furniture shop in Liverpool. They sold musical instruments and of course records. Brian Epstein famously joined the family business in the late 50s and was put in charge of the record department of the newly-opened NEMS music store on Great Charlotte Street. Under his guidance it became one of the biggest musical retail outlets in the North of England. A more modern branch opened before long and they eventually advertised branches across Merseyside. It’s not a place I ever got to see; I didn’t get to Liverpool until the mid-70s and it’s interesting to imagine what it was all like and then see the day to day mundanity of this vintage picture. Indeed my first encounter with NEMS was probably their record label in the 70s. 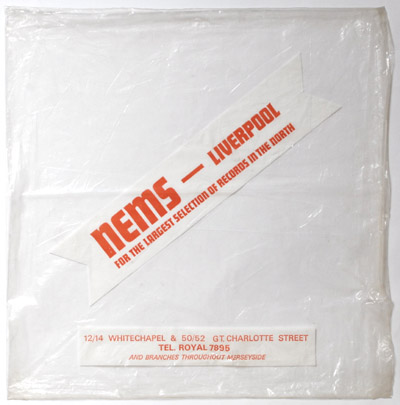 It was from here that Epstein got to meet The Beatles (who used to frequent the shop) and the rest you probably know.
These bags are a direct link back to those days. What the heck, I’m off back to the dealer’s site to see how much he wants. Maybe I can then sell the record off separately!
I’ve never been to any of the Beatles ‘attractions’ in Liverpool; something about recreating the Cavern bugs me when the Council was only too happy to eradicate all traces of the original building despite protests. However there is a reconstruction of a typical record shop counter on display at one venue, looking very forlorn (pic John Scale). What a shame they haven’t thought to redo a whole store and stock it with vintage vinyl… 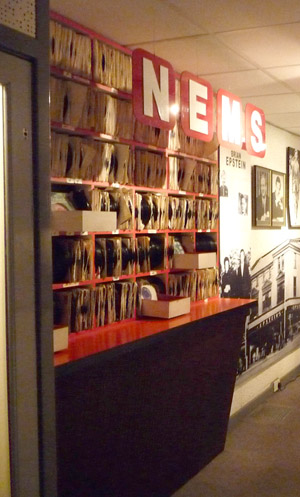