Another dance EP, but this one issued through the Rice Krispies Record Club based in the UK. Kellogg have had a few attempts over the years the associate their breakfast product with pop music, including flex discs moulded on to the box on one occasion (and famously having The Rolling Stones cut an early jingle for them), but this is one of the earliest. 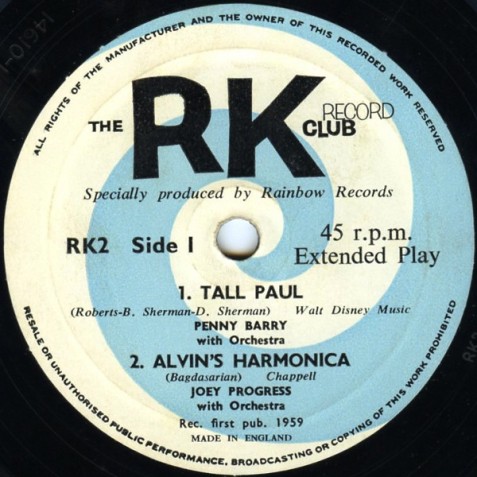 Given the very clean design and hand drawn record title, I had it down as a Sixties release but the offer dates to 1959. You joined the club using a form on the packet, but how you obtained the discs is not documented. It’s likely to have involved collecting packet tops and a postal order!  But I do like the generic sleeve design, with a grooving couple set over stylised instruments. Each one had a different colourway and I found a few more on the web. 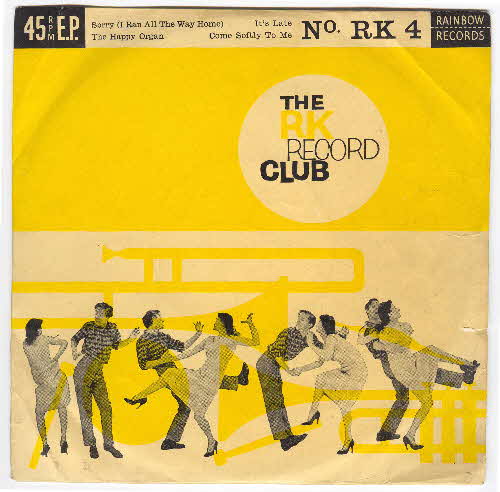 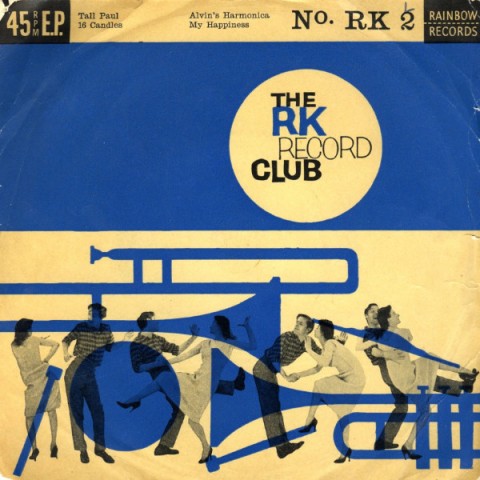 The records were specially produced by Rainbow Records, but this was probably a licensing operation. I think they got as far as six releases, which all featured cover versions of chart hits, before abandoning the club.  Vintage cereal packets are very difficult to find for obviously reasons (how many have you not thrown away?) and I couldn’t even spot this one on the web, but the packet design below is from around the right era (albeit American rather than British).  Needless to say anyone with more info please get in touch. 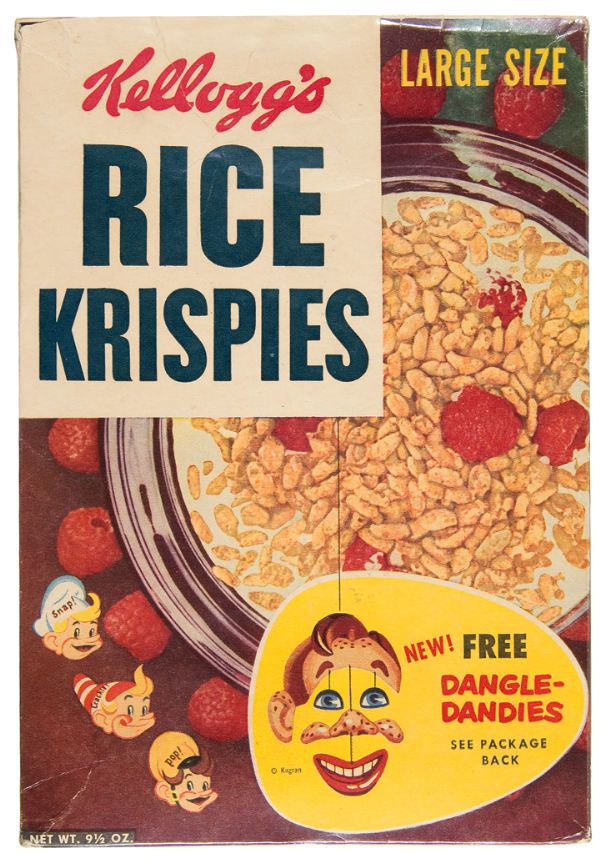 Having worked as a graphic designer in the music industry, mainly in the reissue sector, I now concentrate on the design and publication of books about popular culture - and even write some of them.
View all posts by simon robinson →
This entry was posted in 7" single, children's records, Crate Digging and tagged 1959, 7" single, dancers, Design, record club, Rice Krispies, RK Record Club, sleeve. Bookmark the permalink.