I must confess the resurgence of vinyl during 2019 actually pushed me the other way. So many reissues, a large percentage of which don’t take enough care in their reproduction anyway (and judging by the percentage of limited editions still clogging the racks I’m not alone), plus new releases I might have bought on vinyl with below par art which put me off the expense.  But this sleeve stood out amongst many I spotted over the year… 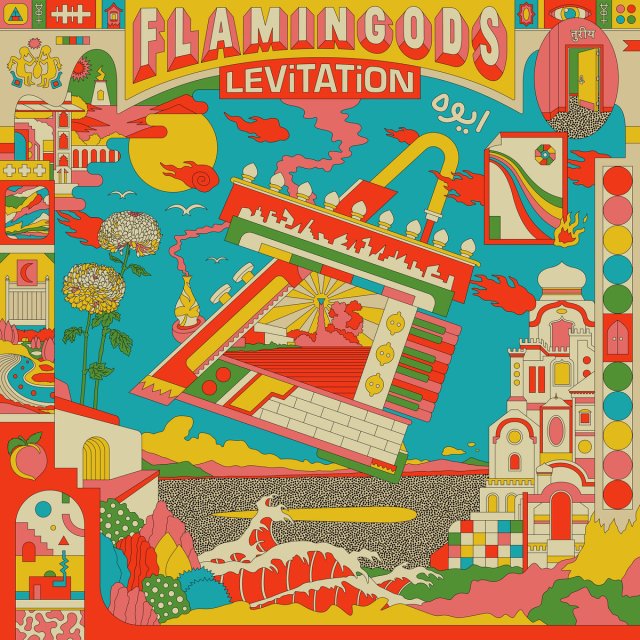 Not a band I know, but the illustration took some familiar ideas (the outline drawing trend isn’t that new and can be seen on sleeves in the Seventies) and really made something interesting and visually engaging out of them. It was pressed on vinyl, a sold out glitter gold edition with embossed cover (400 only), a ‘marigold’ colour edition (500, see below) and then a black run as well (both still available from their own website).

The work is by Jakarta based illustrator Kendra Ahimsa, who operates under the name Ardneks (work it out!).  Having been influenced by the work of the 60s San Francisco poster designers, he is now doing some really great posters for the local music scene as well as lots of non-music graphics.

He has seemingly done some other sleeves but his website was offline when I was writing this, and I don’t want to join umpteen social media sites (what is Linktree anyway? I only just got around to deleting my Linkedin page!) but you can see more ‘stuff’ on this page and even order a few bits and bobs, though not sadly the posters.  As for Flamingods I shall have to check them out too, and hope the music lives up to the sleeve!

Having worked as a graphic designer in the music industry, mainly in the reissue sector, I now concentrate on the design and publication of books about popular culture - and even write some of them.
View all posts by simon robinson →
This entry was posted in Sleeve Designers and tagged 2019, Ardneks, art, Design, Flamingods, illustration, Kendra Ahimsa, Levitation, sleeve. Bookmark the permalink.