This great sleeve came from a bunch of odds and ends I bought off a Canadian dealer last year. It dates from 1959 and I thought it was fabulous abstract sleeve, with cool jazz imagery. 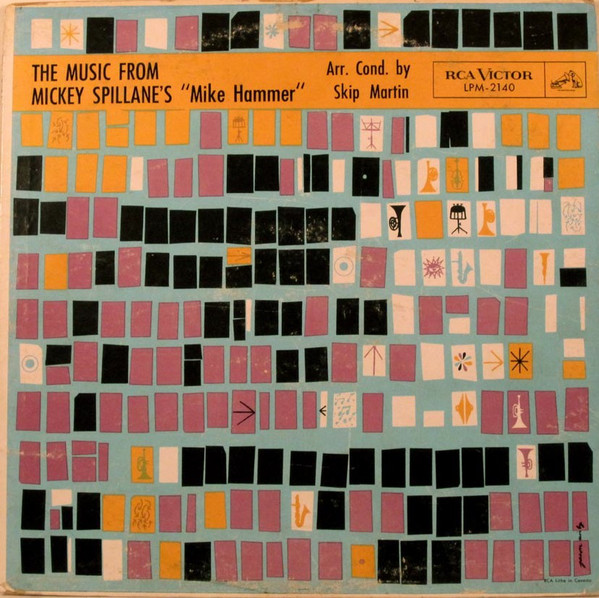 The art is credited to Jason Kirby (his signature is seen bottom right) who I’d not heard of (Jack Kirby yes!), but seems to have been an early album designer working for Columbia from 1950 onwards. Like other designers of the time it’s likely he did more sleeves than he gets credited for. This particular album dates from 1959, but I hope he got repeat fees as RCA used it as a generic design for at least dozen or so releases between 1956 and 1959!  So it crops up quite a bit on covers for Honky Tonk Piano, Henry Mancini, Duke Ellington and others. I suspect this was a way for RCA to reissue older material in contemporary packaging, but using the same cover must have caused some confusion in-store. Frustratingly Jason’s work is not well documented online, with just a few interesting book jacket designs and some commercial magazine cover work seen.

Having worked as a graphic designer in the music industry, mainly in the reissue sector, I now concentrate on the design and publication of books about popular culture - and even write some of them.
View all posts by simon robinson →
This entry was posted in Crate Digging, Jason Kirby, The cool wall and tagged 1959, abstract, album sleeve, Designer, Fifties, Jason King, jazz., RCA. Bookmark the permalink.